Profile on David and Gill Williams

The next family to be introduced to the St Patrick’s congregation is the Williams family. We are very familiar with David Williams travelling up from Fort Beaufort to take the third Sunday service of the month at St Patrick’s. We are acquainted with his oft-made comments about fixing his car, the reason why he’s wearing that particular tie, especially the Welsh one, and about Gill’s disapproval of something he’s done. The congregation appreciates his conscientious preparation and his compelling presentation. He normally brings with him an item to illustrate his children’s message which is much enjoyed. His sermons are always clearly explained and backed with sound theological thinking as one would expect of a Professor of Theology. David certainly enriches St Patrick’s in a deep way. His past sermons can be sourced on the St Patrick’s Blogpage – they make for informative reading.

David and Gill grew up in England. David's father was in the permanent airforce and so he moved around whereas Gill lived in Bath.  David read engineering at Cambridge University with particular reference to aircraft. He worked for the Royal Aircraft Establishment before going to Bath University to do a Diploma in Education and, by correspondence, a Diploma in Theology. Gill did a Certificate in Education at Salisbury College as part of Bristol University. She taught before going to the London Bible College where she acquired a Dip LBC and a Diploma in Theology. After a Wycliffe Linguistics course, they were married in 1970. They spent a spell of working as assistants at their church in Bath and working mornings at the City of Bath Boys’ School to support themselves.  In July 1971 they moved to Swaziland with the Africa Evangelical Fellowship. They taught at the Mankayane High School, one of only two Swazi schools that were teaching to Matric level. Their son, Paul, was born in Swaziland.

The mission transferred them to Durban where they did hospital visitation and supported the Africa Evangelical Fellowship churches. That was where David began his ministry to schools. They had a sabbatical in the UK where David went to the London Bible College to complete his Bachelor of Divinity and their daughter, Ruth, was born in the UK. Back in Durban they opened a ministry which became the Umhlanga Baptist Church, as a daughter of Durban North Baptist Church where they put their children into Sunday School. At this stage, Luke and then, Sara, were born. They also started planning to open a degree-level Bible College which has become the Bible Seminary in Pietermaritzburg. 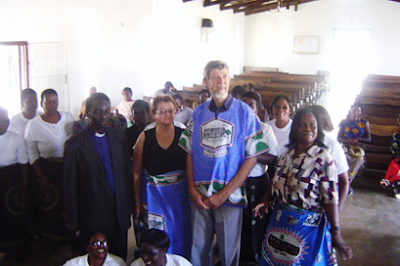 Because of the rioting it became impossible to continue working in the townships. While they were praying about their future, Sandown Union Church contacted them and they moved to Sandton for David to become the minister of that church. He contacted UNISA and started on his doctorate as well as continuing to take school assemblies, this time in Alexandria. Gill also started studying with UNISA to obtain a Bachelor of Theology. 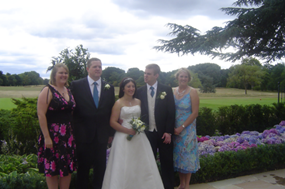 David was taken seriously ill with a heart problem and after being hospitalised twice they were advised to leave the high veldt. David was unable to fly so they could not go home to England. They had no idea how they could get off the high veldt. Once again God worked and they had a very unexpected call asking David if he would be interested in a post lecturing Theology at Fort Hare University. They had to look for a map as they had no idea where Fort Hare was! In 1983 they moved to the Eastern Cape. David started visiting High Schools for assemblies in this area.

After the children were all at school Gill was offered a post teaching music at the Fort Beaufort High School but when her qualifications were evaluated she was told she was totally unqualified! She therefore stopped teaching and helped for a short while at the Baptist Bible Institute, Debi Nek. 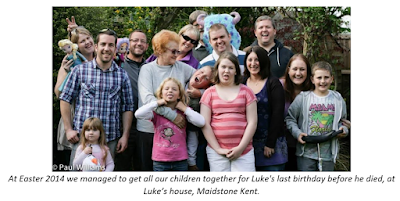 Gill then went to Fort Hare University for a year and upgraded her qualifications by taking a Bachelor of Education Honours degree! Following that she decided to take a Master’s degree in education and also started to teach at Davidson School in Alice where she later became Deputy Head and then Principal. Gill was also a leader in Brownies and then Girl Guides as well as Sunday School and later Bible Class for teenagers. She was involved with the Christian movements in Fort Beaufort School, Winterberg and Wings Academy. She also ran a ladies Bible Study group and started a feeding scheme for children in the Fort Beaufort Township which, after 14 years, was taken over by the government social services. 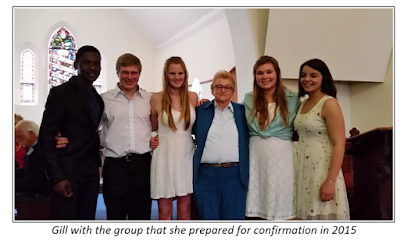 After Gill and David retired he was asked to be the temporary minister of St John's United Church in Fort Beaufort. Temporary has stretched to 8 years so far!

We thank Gill for this profile of her family, we are grateful for the considerable way St Patrick’s is enriched by David’s preaching – perhaps Gill will play the piano on occasions - and we express our deepest condolences to the family on the premature passing of their son, Luke. How wonderful that the Williams family has crossed our paths.
Posted by St Patricks-On-The-Hill at February 17, 2018 No comments: 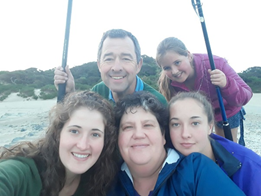 This year, 2018, has started with trying to get to know one another a little better. We are aiming to do profile features of our Chapel's congregants and supporters, as well as the wonderful clergy and laymen (woman) who liven up our chapel life and inspire us to be better and be more loving members of our community! We will from time to time ask for input and photos, to make sure that we tell the whole story of our profiled community members. Trevor has enthusiastically volunteered to put the profiles together, elaborate thereon (in his role as historian and storyteller of note) and then pass it on to be featured here on our Chapel blog site.  Our  first St Patrick family to be featured is the Keese family, who has been outstanding as an example of family unity and support within our little Chapel community!!

The Keese family consists of Mark a farmer/entrepreneur, his wife,  Grace, more affectionately known as Tippie , and their three gorgeous daughters, Chane a third-year student in the Arts/Law Faculty at Rhodes University, Christean and Kathleen, pupils at Lillyfontein in East London. Tippie is also the esteemed principal of  Davidson School in Alice.

The Keese family plays an invaluable role at St Patrick’s. Tippie is a significant member of the Chapel Council and organised Xhosa services for many years with Harold Mrashula as preacher. The family takes sidesman duty for two months of the year when they host services and the girls bake goodies and make tea while the adults greet visitors – what a model arrangement! 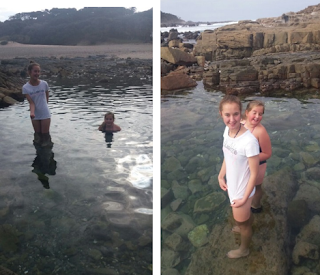 Tippie grew up in Cradock as a loving member of the Moolman family and keeps in contact with her two sisters, on occasions going on holiday together. She became a teacher in Cathcart where she met the young Mark Keese, son of the Alice Magistrate (his mother stayed with them for many years).  They courted and got married in Jeffrey’s Bay where they have a house. They have been married for 24 years and live happily in Hogsback along with their many dogs, chickens, geese, pigs, goats, sheep and cows. The children have grown up looking after animals and being
close to nature. At one stage they ran a shop and have a self-catering cottage – so they are busy, or Tippie is! The family spend a lot of time bonding together and love outdoor activities.  For a birthday party you’ll find the family out in the veld braaing together.  They laugh a lot, are grateful for their many blessings, dream big, create memories, never give up and love one another. No wonder that the Keese family are a model family at St Patrick’s – they attend services when they can and always lower the age-level. They are faithful, sincere and outspoken.

Thank you Keeses for enriching St Patrick’s with your presence and your love for life. You are a blessing to us.